Hey gang: Here’s a couple of DIY fly boxes that are easy to make, very versatile and fit nicely into a shirt pocket. You can buy the 1/4 inch foam sheets at Michaels Art Supply stores. The foam can be cut to fit and easily removed. All the flies washed and left to dry, then reinserted. I have been doing these for years. Using an old eye glass case or a cheap plastic box works great. That’s the Q tip of the day…

the power of bass fishing…

Johnny Morris, Bass Pro Shops and Cabela’s have united 1 million anglers to raise in excess of $4 million to date for ongoing relief efforts through Anglers for the Bahamas campaign

Tomorrow is the last shot over the bow! 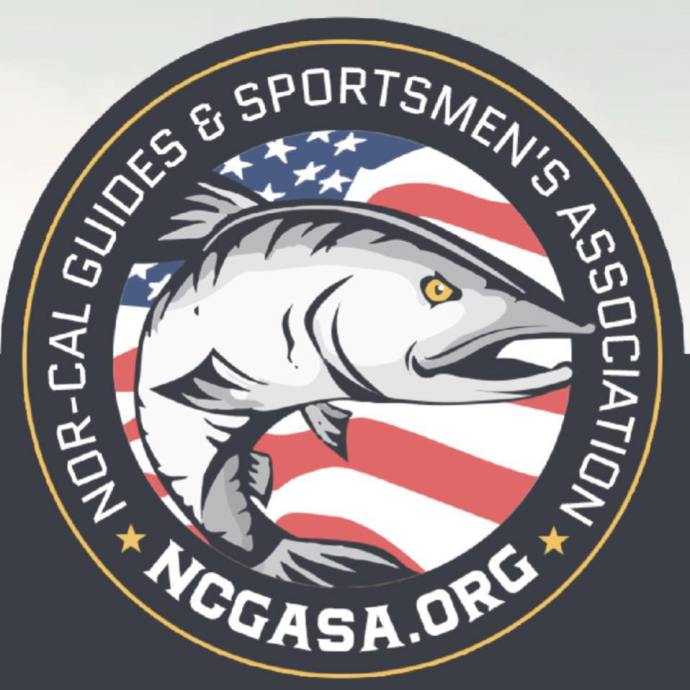 Please join us on Wednesday, December 11th at
9:30 a.m. at the California National Resources Agency Building’s Auditorium in Sacramento for the Department of Fish & Wildlife commission meeting agenda item #9 regarding the Delta fisheries. The Auditorium is located at 1416 9th Street.

“If your in the Sacramento area, they need around 500 people to show up to stop this legislation” – Al Q

This is our last chance to advocate and fight to save our Striped Bass, Largemouth Bass in the Bay, Delta and rivers in Northern California.

Please share this flyer with your friends and post it on social media in order to get the word out.

“The Qs Betta-Bendback pattern is three flies in one, deceiver, bendback and hi-tie!  it’s weedless, swims hook up when stripped fast and will stick em in the top lip, i would keep a few in your box, you never know when they will come in handy….photo by Al Q 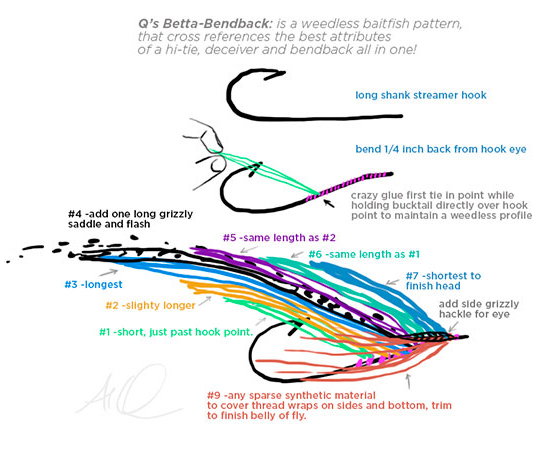 Here’s a little sketch describing the process and thinking behind this pattern.

I will be doing a step by step soon, and a video showing this fly in action, so stay tuned… Al Q

pic of the day…

Our friend Mark from Okuma getting it done on the fly rod! “Thanks coaches…got the one I was looking for!” – Mark  Me and my buddy Jim have been working with Mark’s casting and he’s just getting better and better…WTG bro!

pic of the day…

JB is in the books…

Well Saturday night turned out to be a fabulous evening at the Patagonia store in Santa Monica, where we premiered the film “Finding Joe Brooks”. It was all to benefit two important non-profit organizations making a difference in our fly fishing community, The Joe Brooks Foundation and CastHope, San Diego Chapter. We began at 5pm with a bad-ass tailgate party, including Traeger’s barbecued pork loin sliders, and sides provided by Maple Block, in Culver City which included potato salad, cole slaw, and mac n cheese. Everyone who purchased a their $20 ticket also received a raffle ticket and two drink tickets with choices of a bourbon tasting, soft drinks or IPA beer. We had musical guests, Par Avion, serving up some hip surf music for ambience. Our raffle item table was full of prizes ranging from a loaded Traeger Tailgater wood burning barbecue, a Yeti 45 to $100 dollar gift certificates from AFTCO. Some of our vendors present displaying information and products were Alex Ramirez with Sage/Redington, Dwight Hwang of Fishing with Gyotaku, The Sierra Pacific Club tying Joe Brooks Blondes, Cast Hope and the Fishermens Spot. The party moved across the street at 7pm where we held the first half of the raffle, did introductions, played a short of Dwights Gyotaku printmaking process and began viewing the film. It was a very powerful film about how one man changed fly fishing forever, a film every fly fisherman should see. After the film the raffle continued with some of the larger prizes like the Traeger, Yeti, Patagonia Tenkara package, a Hatch fly reel, an original Gyotaku and much more. Everyone mingled around afterwards, grabbed a cup of Joe and some chocolate chip cookies for the road and all left with big smiles on their faces…

Kudos to Judson, store manager and his fantastic staff for making the evening look effortless, it was a lot of work and much appreciated…

Special thanks to all who participated behind the scenes, all our local fly clubs for supporting this, and mking this evening very special to me and everyone who attended.

until our next adventure together…

Just got the report from some of the SoCal boys that just got back from Hopedale, Louisiana, fly fishing last week with our friend, Miles LaRose of FlySouth. Seemed they hit some pockets of poor weather and had overall slow fishing with moments of grandeur. That seems to be normal for this time of year. Its a hunting game, when weather allows. I usually say that if you string four days together and get one or two good days of fishing, your doing great in Louisiana. Weather is always going to be a moving target in the gulf. For first timers to the Big Easy, excluding Warren who technically fished there last August, the boys did great. My buddy, John Whitaker landed that bucket-list, bull red of 31 pounds on a Q purple/black fly, which i was stoked about. Warren got his first Sheepshead on the fly and a beauty at that. Nice going boys!

delta days may be coming to an end… 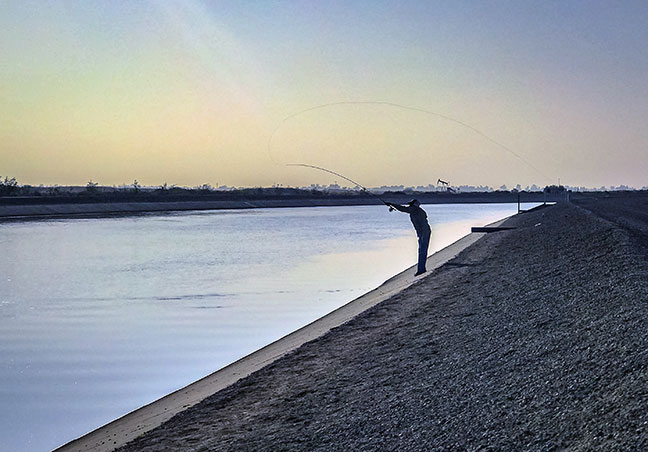 Jim chucking a few flies on the way up north to the CA Delta at the CA Aquaduct. photo by Al Q

Al Q and Rick Olson of Olson Visual created these one of a kind striped bass cutouts, this one was donated to the Simms Pro Day Raffle and Jim Solomon won it. LOL It traveled over 600 miles. photo by Bill Matthews 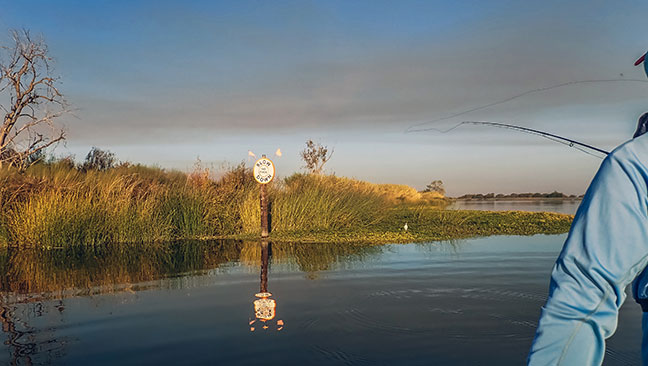 Al Q casting like he’s in a bowl of jello, slowing it down. Great advice from our friend, Diana Rudolf. photo by Jim Solomon

Perry Sims came down with his green jet boat and got us on a few. Fun fishing with him. Photo by Al Q 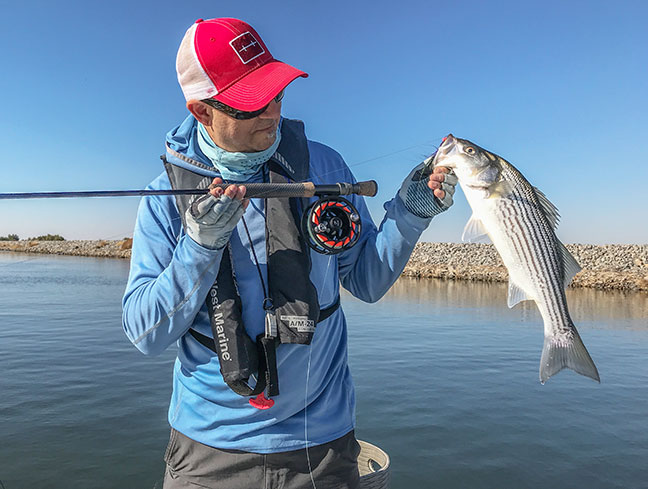 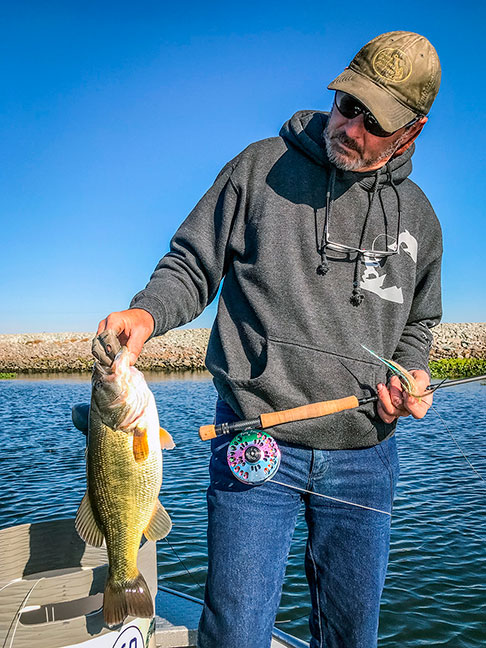 One of the most important parts of being at the Simms Delta Pro Day, besides learning about new gear and being with friends was getting educated on issues.
This one below is very serious and needs attention from all fisherman….please read

Hearing Jim Stone speak passionately about the new legislation regarding the water rights and removal of indigenous species like striped bass and black bass which are unfairly being villanized for eating the salmon smolt is real. These species have co-existed for almost a century with no impact on each other. The wealthy farmers want water and want to drain the Delta, its become a political battle with no regard to science. They have spent millions in court. This is how they plan to implement their bogus policy, starting with eliminating species. Dec 11th is the last day of the fight and if we lose, the CA Delta will be lost to recreational fishing regarding stripers and bass for future generations to come. If you live near the bay area, you need to take the day off and show up to make our last stand. This is very serious, and NO JOKE. It will be over for your grand children, guides, and all who enjoy this great fishery. 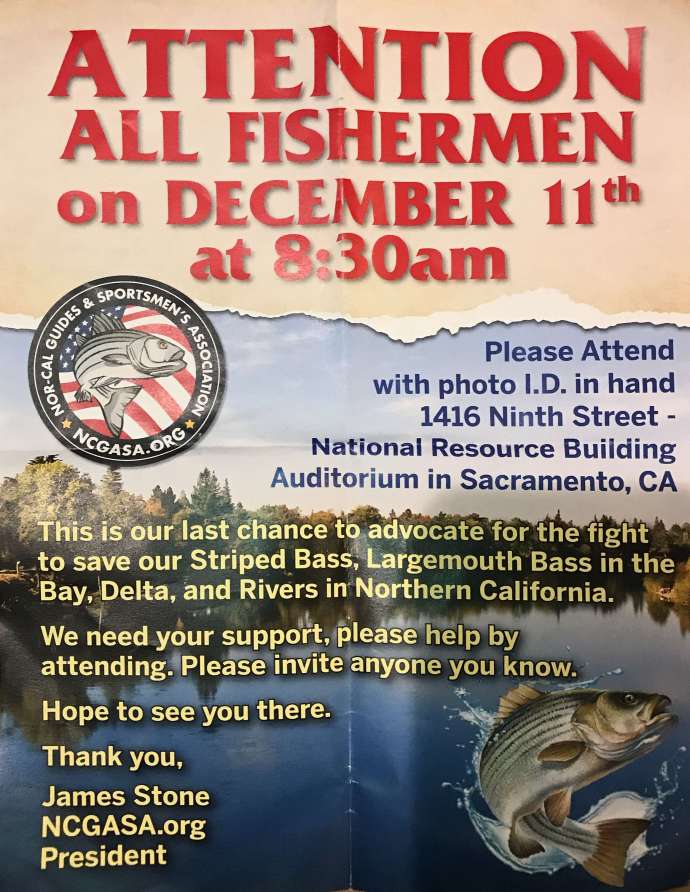 For those of you that couldn’t get the podcast on Saturday due to poor reception or just wanted to sleep in, I know that feeling, here is the Let’s Talk Hookup episode on their archive page with me and Conway, Corey and Pete. Hope you enjoy it! How cool is the premiere of “Finding Joe Brooks” gonna be? We all get to drink a few beers, talk about fly fishing, eat some good barbecue and watch a great movie with your buddies and all for a great cause!  Click here for online tickets through Patagonia, Santa Monica:  http://bit.ly/BrooksBourbonAndBBQ

Search for a topic

What am I talking about